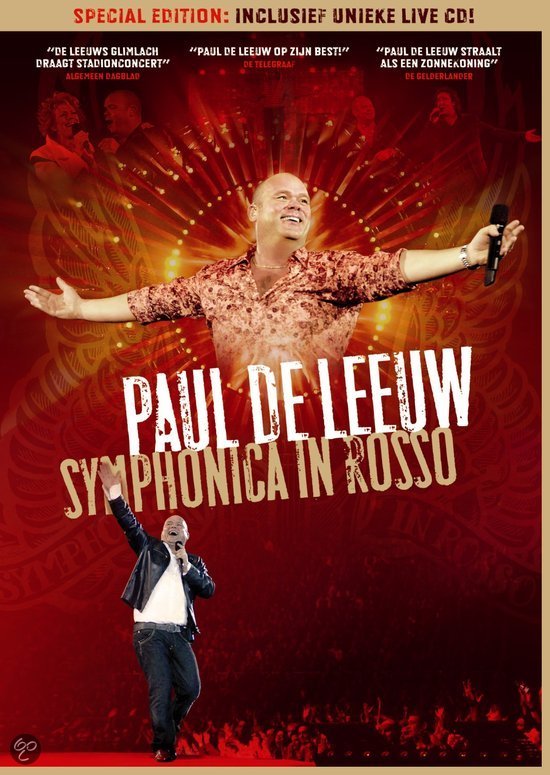 After the great success in 2006 with Marco Borsato it was decided to make Symphonica in Rosso into an annual event, each with a different soloist. The 2007 edition was with Paul de Leeuw as leadsinger.

The concerts took place on 3, 4, 5, 7 and 8 November. The concerts had guest performances by Edsilia Rombley, Leontine  and Marco Borsato, Simone Kleinsma, Alderliefste and Adje. Paul de Leeuw’s pianist Cor Bakker was also present. Part of the show was the tribute Paul paid to the deceased Rene Klijn.

A number of recognizable elements from the Symphonica in Rosso shows of 2006 in 2007 maintained: the big stage  and the symphony orchestra.  Guido’s Orchestra accompanied Paul de Leeuw during the show. Last year’s ‘red element’ was symbolized by a setting sun. The sun was also symbolic of the opening song Stay (Until the sun you get you). Additionally Paul de Leeuw sang  (like Borsato 2006) an Italian medley. The concert was recorded on dvd, titled “Symphonica in Rosso“.