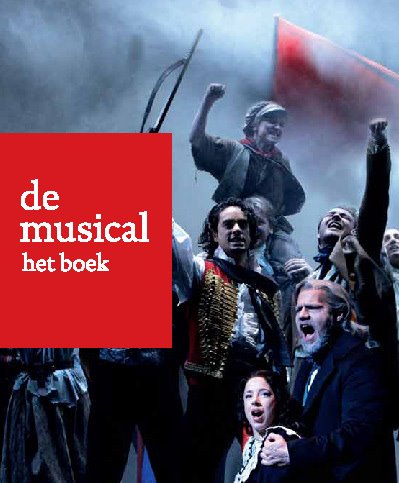 Excerpts from an interview with Hilde Scholten for the book:
“The Musical, the book” (publisher d’jonge Hond)

…. It is not always easy to distinguish a clear dividing line between direction and choreography. Not in the least because besides choreography, concerning only dance, there is such a thing called ‘staging’. This grey area sits in between dance and choreography and includes the rehearsals of all runs by the actors, not yet using actual dance steps. A director may be able to prepare a lot of his work on paper before he or she goes into rehearsals, a choreographer is a lot more dependent on the actual contact work in the studio. Daan Wijnands: “At the start of a creative process the choreographer is the one who is completely empty-handed. An author has a script to show and a composer’s music can be listened to, but as a choreographer or stager you have nothing to show.
The director will generally point out which number should be a big dance number and which numbers are to be staged. With that information the choreographer goes to work. Ideally, you have a studio and an assistant and you start working out moves, which you record on camera. If you don’t, you do it in your own living room. “….

….After his training in Jazz Theatre and Show Musical Dance at the Amsterdam School of the Arts, Daan Wijnands was contracted by the Djazzex Modern Jazzdance Company. Dancing with this company laid the foundation for his later work as a choreographer.

“One choreographer we worked with wanted us to copy exactly what he did. Another choreographer would stand in front of us like a conductor while constantly watching us in the mirror. She would turn around and say: “I loved that, what were you doing there, that was good, could you do that to the left now? And slower? And can you then leave this or that out?”

In this way we were, though quite unaware, creating something ourselves. And because we knew the origins of our own moves, we could fully understand and support the choreography. It is obviously impossible to operate democratically with fourteen men in a room, but one can try to ‘create together’ as much as possible “.
Music is Wijnands’ greatest inspiration. But he agrees with Paul Eenens that there should be a clear motive for movement. “It is a funny characteristic of musicals that people seem to start dancing out of the blue. I have to figure out the ‘why’ –  at least for myself.

When Daan Wijnands has an initial idea, he starts to count out the music into a beginning, middle and final phrase. From there, he looks at how he can keep the arc interesting from beginning to end. He will look at how the room, the set and props can be used. And then at the very end, he adds the actual dance steps.

“If the basis is right, these are relatively easy. It is like painting. The colour red isn’t new, what matters is how the painter applies this colour. My concern is not the originality of the single steps, but the form to which you apply them and the whole idea behind the number. That is what determines originality. In the meantime, you have an ongoing discussion in your head. On the one hand, I want to challenge the dancers, one the other I am aware of the power of ‘less is more’. “….

….Paul Eenens: ‘With Jesus Christ Superstar I wanted to show that religion is has become very superficial. “The Our Father”, what does that mean today? Does anyone even remember what it is about? Without it being in the script, I felt that I wanted to start the piece off with a prayer. “Our Father who art in Heaven, hallowed be Thy name, Thy kingdom come, Thy will be done on earth as it is in heaven.” From there, we let the text continue in sign language only. Ultimately I wanted Mary, who was seen as a sinner and a whore by the hypocritical apostles, to finish the ‘Our Father’ alone. In my eyes Mary was the only one who remained faithful to Jesus and truly passed on his teachings. Daan Wijnands took it a step further and let the clearly expressed sign language gradually deteriorate into meaningless movements. Brilliant. This gave the choreography a true significance.
Later, another thing happened. I wanted to show the torturing of Jesus and had invited a fight choreographer for the purpose, but it did not turn out well. When we were all despondently trying to figure out what to do with that scene, Daan suddenly ran to the large wooden cross in the rehearsal room and hit it with his hand. We were watching in confusion and then Daan said: “We should not physically attack Jesus, but symbolize it. Torture itself isn’t interesting, I think we should show the fact that we are all capable of doing it, of nailing a man to the cross’. This is an example of a moment of overlap between direction and choreography. Something that I welcome…….