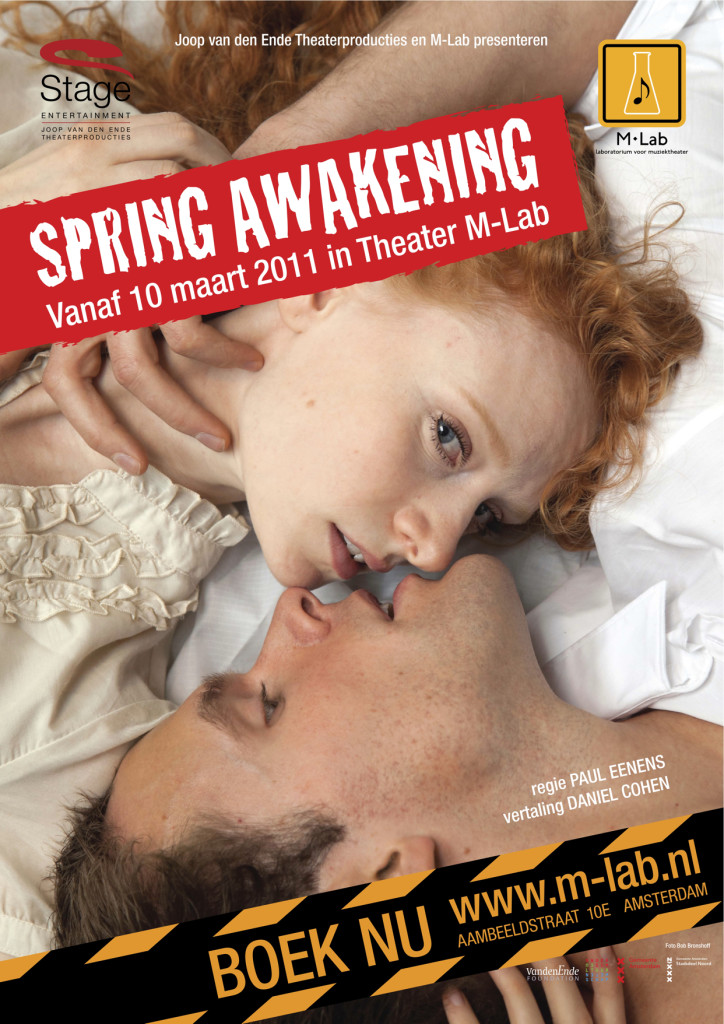 Spring Awakening is a rock musical with music by Duncan Sheik and a book and lyrics by Steven Sater. It is based on the controversial German play Spring Awakening (1891) by Frank Wedekind which was banned in Germany for some time due to its frank portrayal of abortion, homosexuality, rape, child abuse and suicide. Set in late-19th century Germany, the musical tells the story of teenagers discovering the inner and outer tumult of sexuality. In the musical, alternative rock is employed as part of the folk-infused rock score.

This particular musical was already performed in over 18 countries, including VS, Sweden, Finland, Australia, England, Hungary, Austria and Japan.  On March 10th 2012 finally a new, Dutch version was produced in Amsterdam.  Spring Awakening is based on the play by Frank Wedekind Frühlingserwachen from 1891.