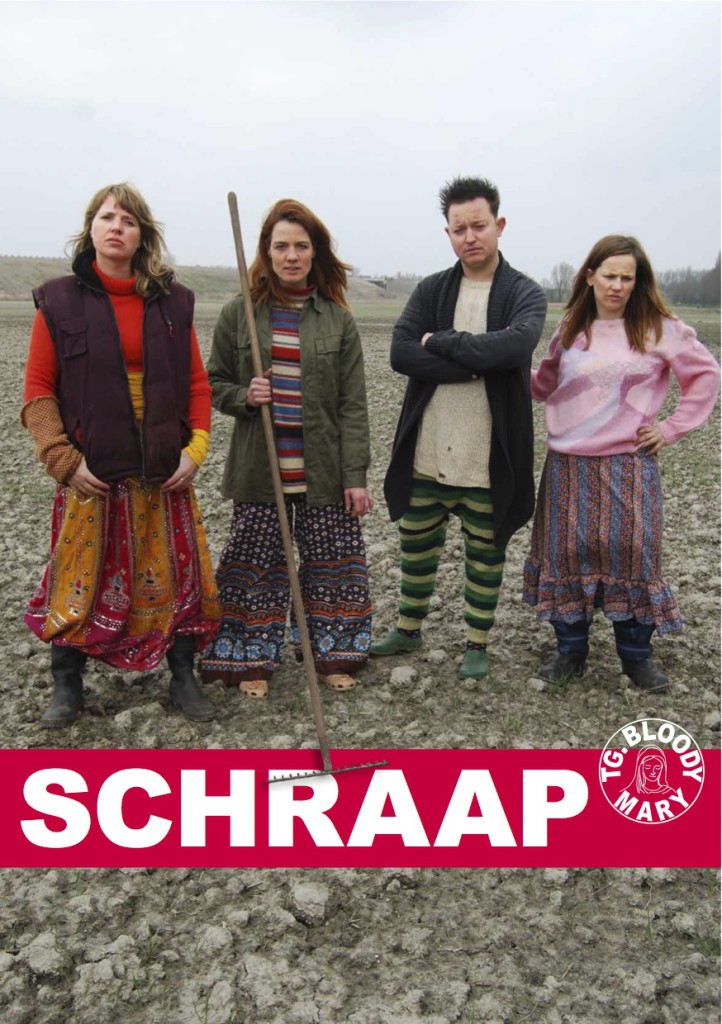 Opening night: October 26th 2012  Rabotheater, Hengelo
sing together, save together, cry together

Schraap, by Theatregroup Bloody Mary, is a musical comedy about an ideological misers commune threatened with deportation. The harmony in the peaceful, largely dominated by women, community quickly comes under pressure, especially when suddenly a new male member enters. The increasingly extreme precepts, the growing mutual mistrust and the threat of eviction finally lead to a highly explosive atmosphere.

Schraap is about the extremely difficult boundary between acceptable efficiency and unheard stinginess, and about not to eradicate human desire for love and recognition.