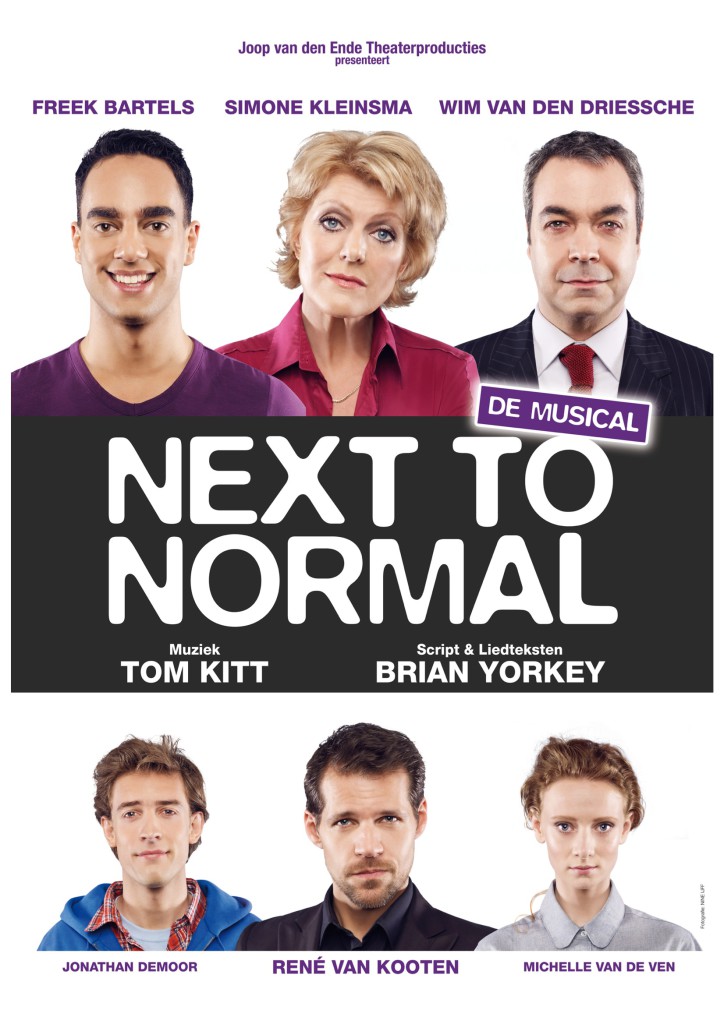 … “On top of that the choreography by Daan Wijnands, who gives the daily activities of the family panache, is meaningful and emphasizes their relationship.” … (Vrij Nederland – Martijn van der Jagt)

Next to Normal tells the story of a, on the surface, perfectly normal woman, wife and mother who fights with a traumatic event and its impact on her family. A powerful, engaging and most touching portrait of a family trying to cope with a painful situation that is not ‘normal’, but understandable.

This groundbreaking musical by Tom Kitt (music) and Brian Yorkey (book and lyrics) was awarded the prestigious Pulitzer Prize and three Tony Awards. Next to Normal was in the jury reports hailed as the harbinger of a new musical generation.
“Next To Normal is something much more than a feel-good musical. It’s a feel everything musical.”(New York Times)

Next to Normal was seen from January 2012 in its own version in the Netherlands.