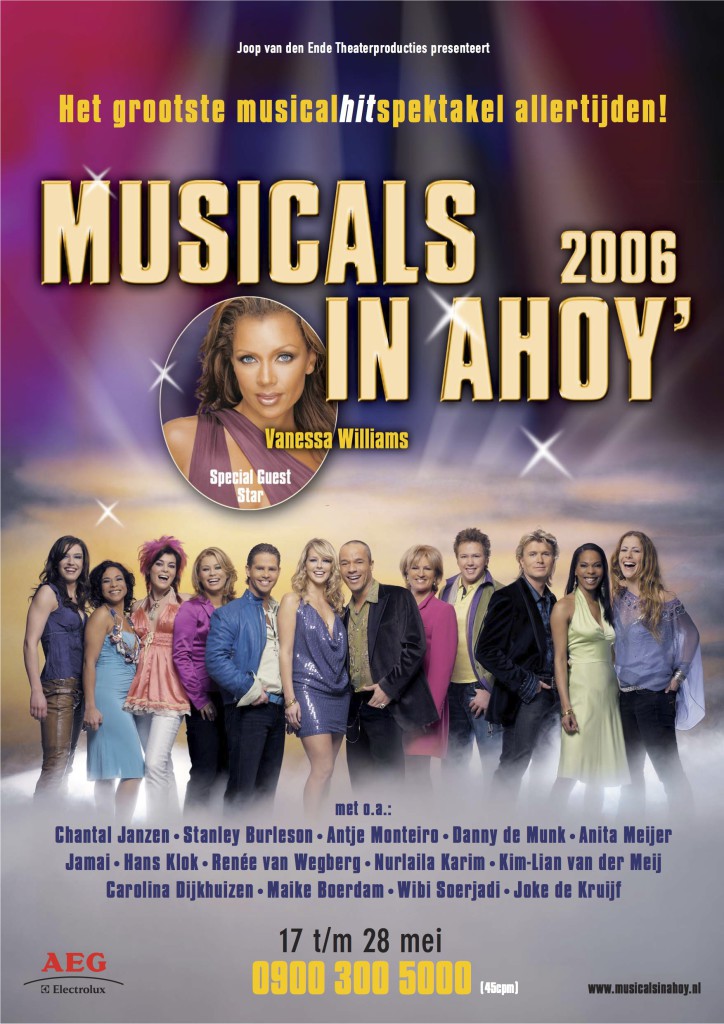 The program of Musicals in Ahoy 2006 is a musical dream journey. The show is a mix of highlights from famous hitshows from around the world and getting acquainted with new and future world hits. The audience is taken on a spectacular journey through the world of the musical. Musicals in Ahoy ‘ was performed from 17 to 28 May 2006 in Ahoy Rotterdam.