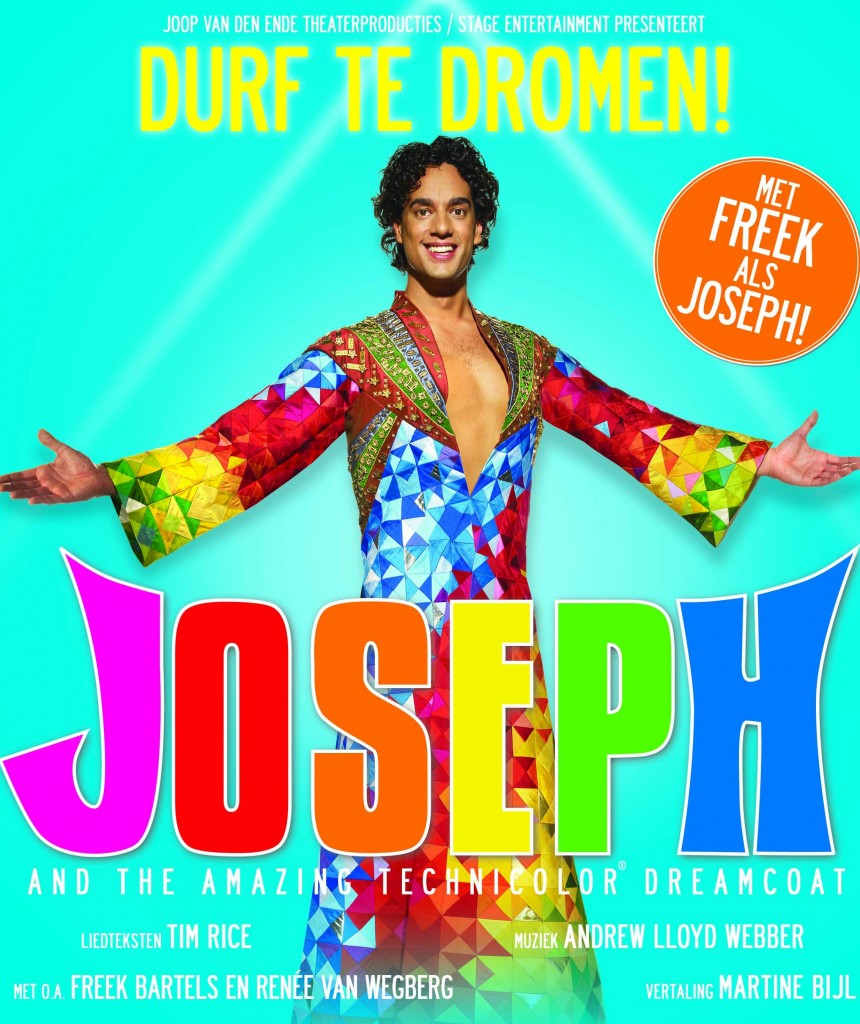 The musical is inspired by the famous story of Joseph in ancient Egypt, in which he develops from being his father’s favorite to Viceroy of the country. Joseph was sold by his eleven jealous brothers into slavery. Eventually he ends up in jail. He shows that he has a special gift: Joseph can interpret dreams. When the Pharaoh is troubled by a bad dream, Joseph explains his dreams, reassures him and give him good advice. To thank him, Pharaoh made him Viceroy of Egypt. Then he sees his brothers after all those years and puts them to the test.

A timeless story about growing up, jealousy and forgiveness. All this in a lavish way with humor and music. Rock ‘n Roll, Calypso, Disco and many more; JOSEPH and the Amazing Technicolor Dreamcoat is the only musical world with so many different styles of music!

Together with Stanley Burleson Daan was nominated for this production of JOSEPH and the Amazing Technicolor Dreamcoat for a John Kraaijkamp Musical Award: for Best Choreography / Musical Staging 2009.