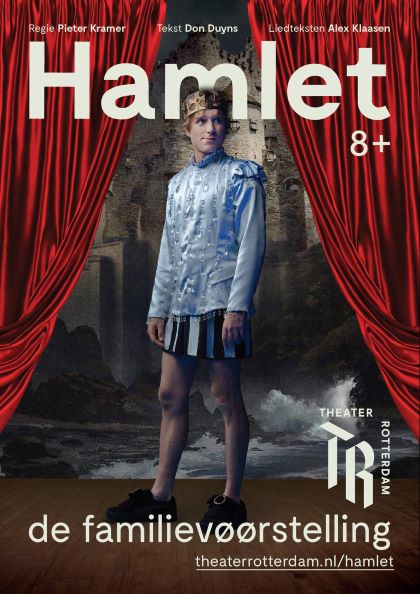 A Dutch pantomime-musical based on the story of Shakespeare’s Hamlet.

It is not really going well for the adolescent Danish prince Hamlet. He loses his dad, his uncle marries his mother, his girlfriend Ophelia does not understand him anymore and some of his friends can not be trusted anymore. Add to that a nightly visit of a ghost appearance and you have a young prince who faces a big challenge.