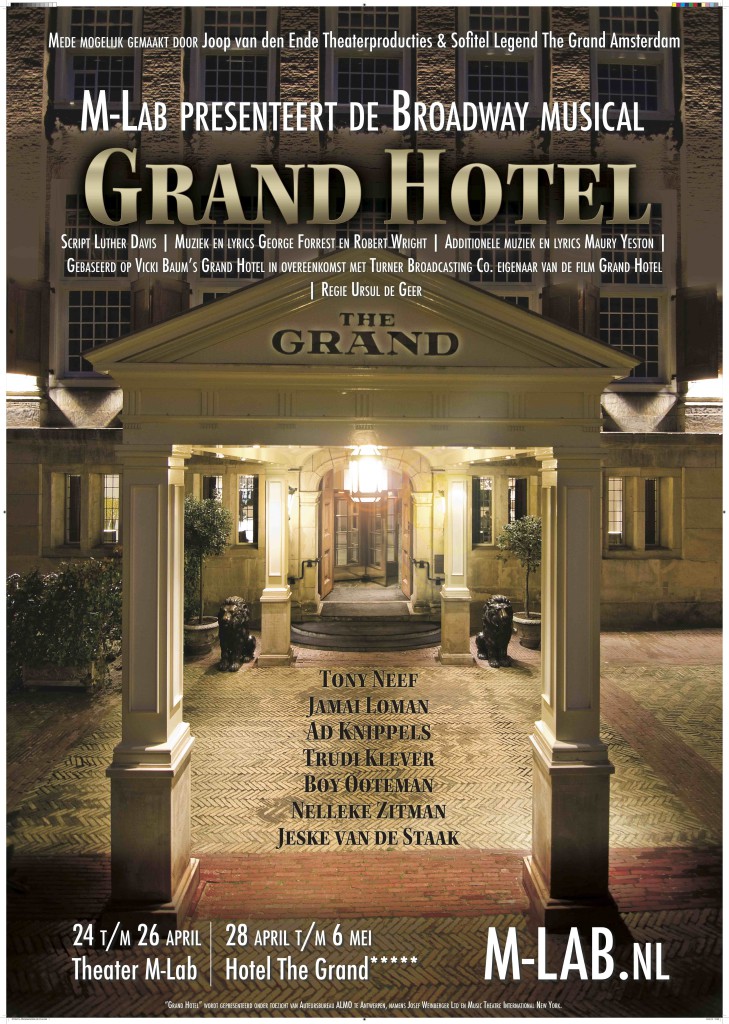 Check in and stay at the Grand Hotel, the most opulent and luxurious hotel of the world. Maybe you will find wealth, perhaps the true love, perhaps where all your dreams come true, maybe …

The musical Grand Hotel is set in 1928, one year before the great stockmarket crash. From the dark cloud that will darken Europe, is still little evidence. We meet a baron, an accountant, a businessman, a prima ballerina, her companion, a colonel and a typist who dreams of a career in Hollywood. They all stay for a weekend at the Grand Hotel, inspired by the world famous Hotel Adlon. Through swinging and compelling music comes the time to life when the economy is on the highest point and everyone cheers on the love and life of luxury. While the end of the weekend approaches, nothing seems what it is.

Grand Hotel has been awarded five Tony Awards and five Drama Desk Awards. The musical is based on the eponymous film classic from 1932, which won an Academy Award. M-Lab brought this glorious musical back to life. The show played from 24/26 April 2012 at the M-Lab Theatre and from April 28 t / m 6 May 2012 at the exclusive five-star hotel The Grand Amsterdam. For the first time in the history of the hotel a musical was produced in the former council chamber where Queen Beatrix and Prince Claus got married.