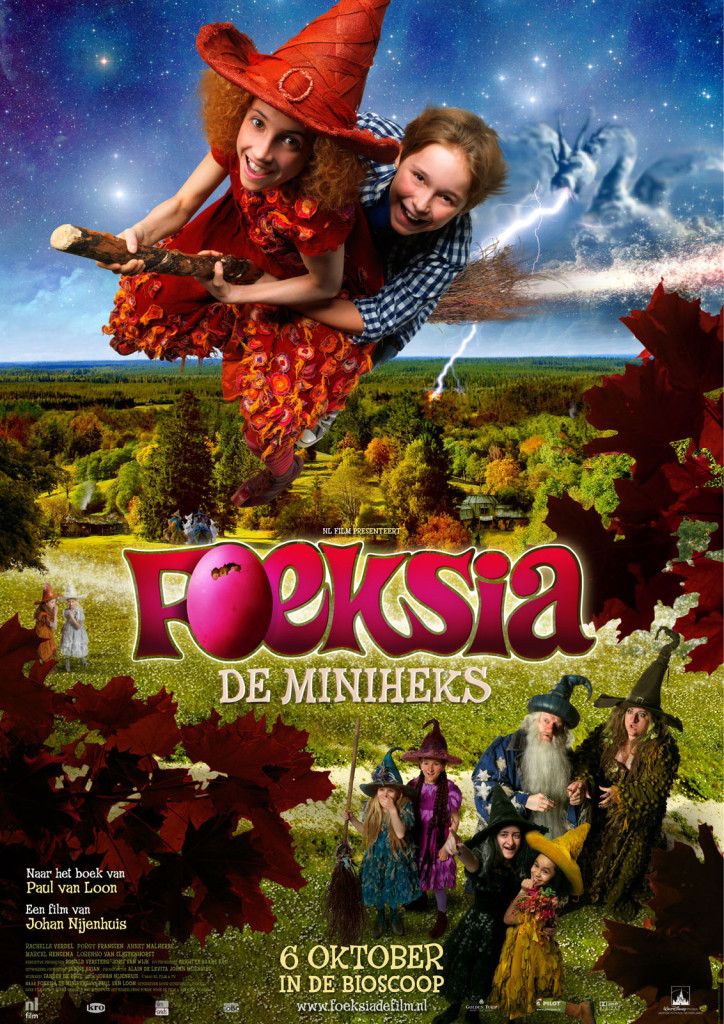 Foeksia de miniheks [Fucsia the Mini-witch] is the film version of the book of the same title by Paul van Loon.

A great adventure can sometimes hatch from the smallest egg. As wizard Kwark [Quark] finds out when he finds an egg in the Witches’ Wood. This egg produces not a bird, but a little girl. A very special little girl. A mini-witch, whom he names Foeksia. Foeksia wants to learn to do magic just like her father, and so is pleased as punch when she is allowed to go to witches’ school. This school is run by Miss Minuul, a swamp witch who has had an eye on Kwark for more than fifty years, and who isn’t afraid to show her feelings.

At the mini-witches’ school, Foeksia learns to make wind and conjures with the clouds. Her magic often has unexpected results, however, as she is sometimes a little too ambitious.

Flying along on her brush (she is still too small for a real witches’ broomstick), Foeksia causes havoc in the Witches’ Wood and every now and then worries her newfound father, Kwark. Because Foeksia is very curious about the human worl,  a world Kwark wants nothing to do with, because ‘people are dangerous’.

When Foeksia sees a boy – Tommie – in the woods, her curiosity gets the better of her. She forgets Kwark’s well-meant warnings and goes to see Tommie in the humans’ town. When Foeksia finds out that Tommie’s uncle, Bob, wants to tear down the Witches’ Wood to build a motorway, there’s only one thing to do. Together, Foeksia and Tommie have to save the Witches’ Wood.